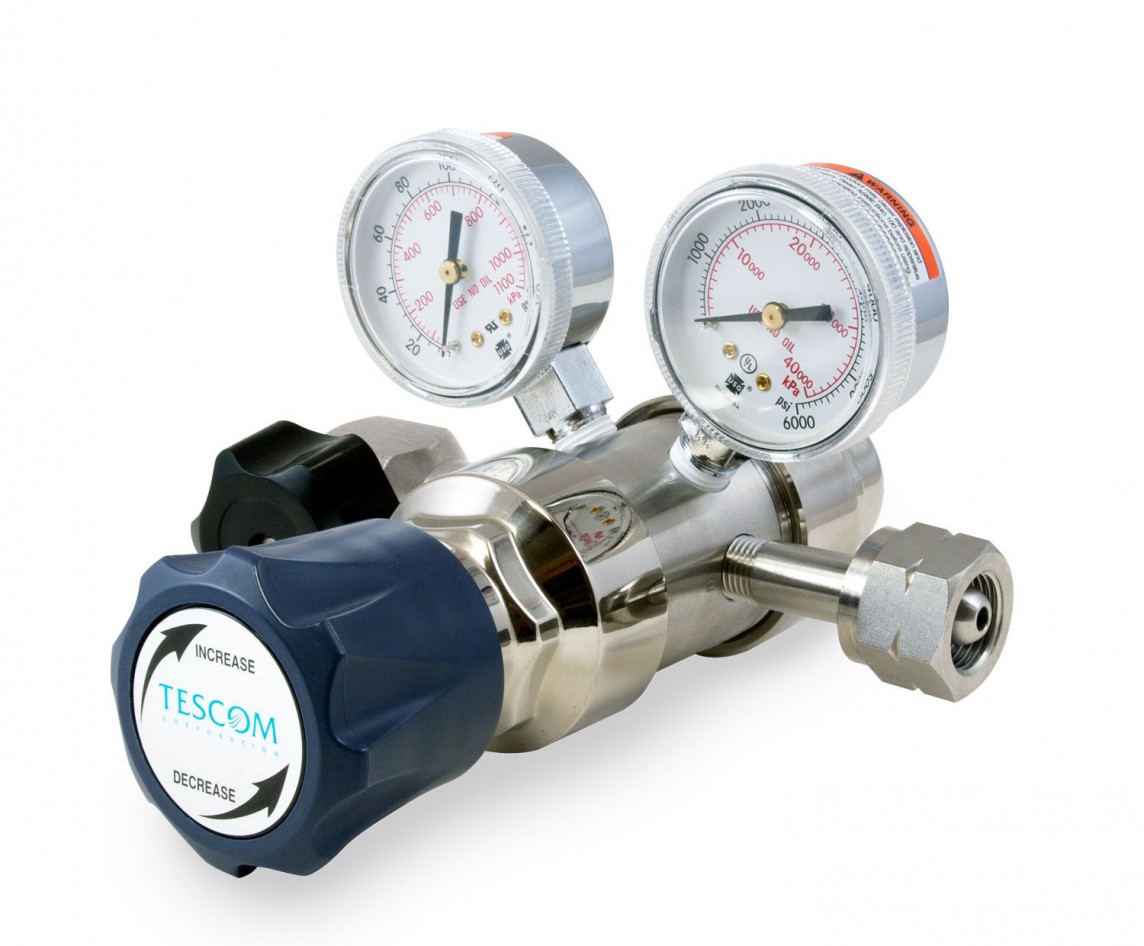 The method of selecting proper regulator

A regulator is a device that can control the pressure to a certain extent in case of a sudden fluctuation of gas flow and moderate it.

Main parts of the regulator

Pilot is a spring-loaded regulator that feeds on the input pressure and provides the output pressure in proportion to the compression ratio of the spring. The pressure is applied as the steering pressure on the main regulator.

The technical characteristic that is important in selecting regulators is their capacity, which is directly related to the input and output pressure and the gas density and its body shape, so that the ratio between the input pressure (P1) and the output  pressure (P2) determines the type of output flow from the regulator. And if P2 <P1/ 2 then the flow is absolute critical, and if P2 = P1 / 2, the flow is critical and if P2> P1/2 the flow will be noncritical.

The requlator capacity is easily calculated for different pressures based on the above equation and available tables.

A regulator is a device that decreases the high gas pressure in a cylinder or a process line down to a lower pressure.
In order to properly select the correct gas regulator, it is recommended to consider the following points: